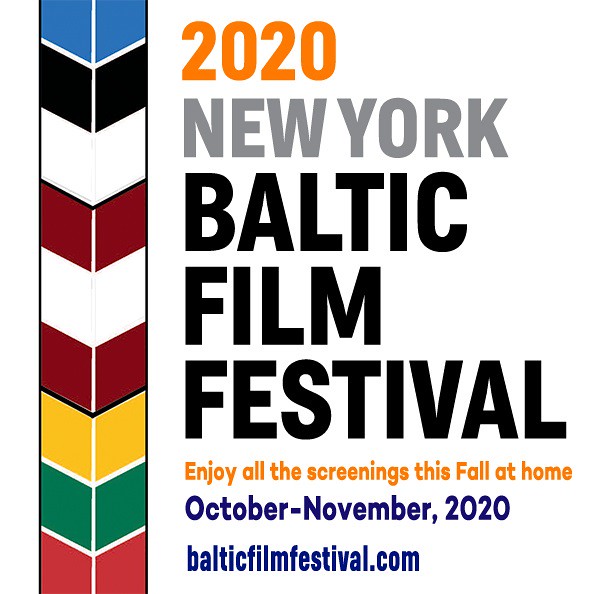 The Third Annual New York Baltic Film Festival (NYBFF) returns in 2020 with a virtual version taking place in three sessions: October 15-18, October 29-November 1, and November 12-15. This year, the festival will expand beyond New York to offer a selection of the most exciting and relevant Estonian, Latvian and Lithuanian films to audiences across the U.S., to view in the comfort of their own homes.

The Baltic countries have a highly regarded cinema history, with first films made in 1910. Today, each country has its own vibrant film industry producing world-class films that are showcased around the world. 2020 NYBFF invites viewers to look at the world through Baltic eyes and experience the full spectrum of human emotions – and, ultimately, feel inspired to hope, dream and seize the opportunity for positive change.

Festival films will be available to ticket holders all over the U.S., with one ticket giving the holder access to all films in a package. Each session is limited to 300 tickets in an effort to preserve the intimate and communal NYBFF experience. The sessions will take place over four days (Thursday-Sunday), and all films from the session will be available for viewing on a virtual cinema screening platform throughout this period. Festival sessions will be accompanied by live and interactive virtual filmmaker Q&As and discussion panels. Festival tickets will go on sale in the coming month.

The New York Baltic Film Festival is presented by the Consulate General of Estonia, Consulate General of Lithuania and Honorary Consulate of Latvia in New York.  Programming support is from the Estonian Film Institute, National Film Center of Latvia, and Lithuanian Film Center. Funding for the festival is provided by the governments of the Baltic countries, including the Embassy of Latvia in the USA through the Latvian Foreign Ministry's public diplomacy program for the centenary of Latvia. The festival is also supported through generous donations of members of the Baltic community, including the American Latvian Association and Printful.com.

The festival is one of the events of the Public Diplomacy Programme for the centenary of the Republic of Latvia co-ordinated by the Ministry of Foreign Affairs of Latvia.